Have you seen the Acid Stripe Leopard Geckos produced by Enigmatic Reptiles in California? If you are answering in the affirmative, then you KNOW what I mean when I say “you’ve gotta see these”! If you haven’t seen them yet, head to Travis’ web site (http://enigmaticreptiles.com/) or to his FaceBook page (http://www.facebook.com/pages/Enigmatic-Reptiles/226575520734555) and enjoy the “eye candy” provided by these spectacular Leopard Geckos. [ed.note: check out Travis’ Gecko Time article about his boldstripes.] 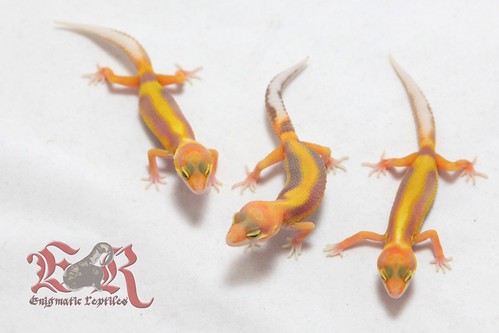 Travis has worked on this line since 2008 and notes that he is actually working with three types within this one line. First, he has his Acid Stripes; then some marvelous Acid Rains; and, finally, the Typhoons. Of course, they are all based on Rainwater (RW) albinos, Red Stripes, and a cross made to RW albinos with an Eclipse that he had tested to ensure there was NO Tremper albino hiding in the gene pool. Head over to his FB page to read the whole story. But, in a nutshell, he crossed Raining Red Stripes (created by Jeremy Letkey, who crossed RW albinos with both red stripes and bold stripes) to Firewaters (a combination of RW albinos and the best tangerines produced by Dan Lubinsky of Hot Geckos) and then crossed in the Eclipse gene. His Acid Rains have the patternless stripe gene inherited from his Eclipse crosses. After his initial crosses, and when he felt he was on the way to “set” the characteristics he wanted, he has been breeding all three lines together. These gene combinations not only provide bright young Leopard Geckos, but these Leos hold their bright colors into adulthood–the second year and beyond. What struck me the first time I saw a photo of an Acid Stripe, besides the colors that “pop” off the computer screen, was the deep contrast of the colors and the patterns. I remember thinking, “these are not only fantastic Acid Stripes, they look like deeply acid etched Leos.” And, yes, the clichéd comment, “bring your sunglasses” is appropriate. 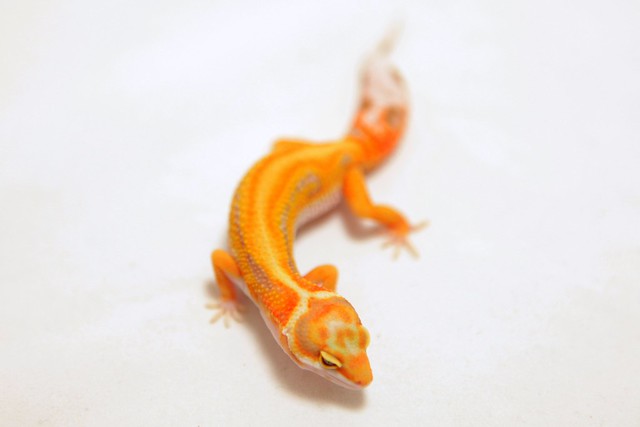 The Rainwater albinos just don’t have the following engendered by the original albino gene discovered by Ron Tremper or, later on, by the Bells.  Personally, I am a Bell albino fan, but now Travis has shown me what the Rainwater albinos, in this particular gene combination, can produce. Generally speaking, the RW albino line is known for its inability to hold bright colors as they mature. And since we ALL desire to breed bright, bold Leos that KEEP those colors, this is a distinct liability. Travis gives credit to the two breeders who successfully line bred their respective collections and whose Leos provided the genes that helped Travis develop his Acid Stripes and Acid Rains―Jeremy Letkey and Dan Lubinsky. I would add that he has also made the right decisions with regard to the Leos he kept for breeding the next generation. 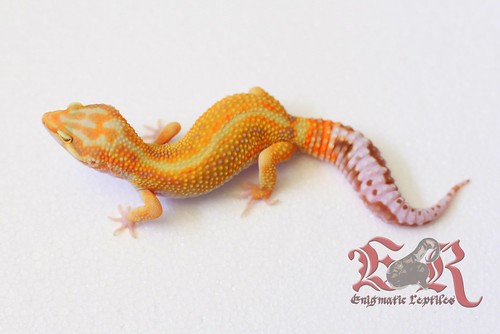 Making Your Own: a Caution

One item we discussed during the interview is quite instructive.  Oftentimes naïve new Leo breeders will say that they “have the genes” in their respective collections and should be able to produce Leos like Travis has produced. If they DON’T have an Acid Stripe or Acid Rain or Typhoon from Travis WITH those colors (that phenotype), they WON’T produce geckos like his, period! They MIGHT produce Leos with similar genotype, if they are fortunate,  or markings, but it takes more than “having the genes” in hand. They MUST be able to SEE the colors and patterns they want. And, of course, I am singling out the phenotype of the Leos in question. Bottom line is “if they can’t see it (the phenotype), they don’t have the genes they need!” Keep that in mind BEFORE line breeding any Leos in your collection. Oh, yes, then their line must be able to hold its color into its second or third year and NOT fade or develop drab colors. This is exactly what sets the Enigmatic Reptiles line of Acid Stripes apart from other lines available to the hobby. See, Travis HAS the genes AND the colors and the markings. Just take a look, “even this old man can discern that!” 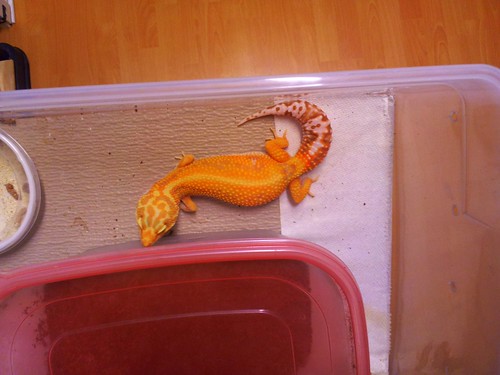