Underwoodisaurus milii and Underwoodisaurus sphyrurus are endemic to the Australian continent.  The range between the two species varies greatly as well as the habitats each is found in.  Both in the field and in captivity this genus shows a preference to aggregate in their diurnal hide sites.

The lesser known and rarer U. sphyrurus is contained in a relatively small portion of South Eastern Queensland and Northwestern New South Wales on Australia’s East Coast. The geographic regions that this species inhabits are primarily open forest and woodlands associated with rocky outcroppings of granite, basalt, sandstone and metamorphic rock. The majority of the habitat that U. sphyrurus is found in incorporates granite outcrops.  In their natural habitat, U. sphyrurus is commonly found at the base of the rock outcroppings with easy access to the forest/woodland habitat to forage for prey items. 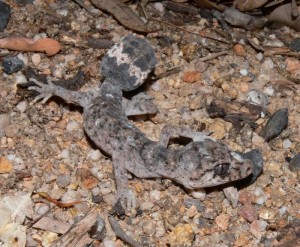 Underwoodisaurus milii contrarily is found over the entire continent of Australia, in every state.  Like their cousin, U. milii are primarily found in woodland habitats however other habitats include temperate forests on the eastern side of the Great Dividing Range as well as the outskirts of the Western Plateau deserts (Great Sandy, Gibson, and Great Victoria).  Inhabits of east side of the great dividing range are rare because of the temperature differences to the western portion, however there have been recorded specimens found South of Sydney near Wollongong and near Brisbane as well as others. 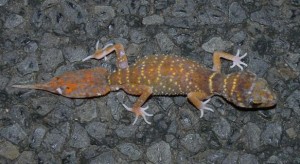 There are two fairly distinct forms of Underwoodisaurus milii; the southern form and the eastern form.  Additional genetic analysis needs to be completed to understand how different the two lineages are.  The Eastern form is commonly found from the southern portion of the country to the North Coast of the Northern territory.  The Southern form is widely scattered throughout the entire continent and both forms have been to integrate in areas where their distribution overlaps. 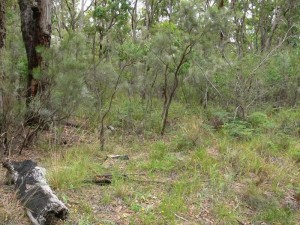 When in the field, both species frequent environments that have a canopy cover of around 50% with high leaf litter cover on the ground.  Most shelter sites are comprised of rocks, decaying wood piles, logs, and the litter covering rocky soil.  The vegetation species themselves are of little importance to the preferences of Underwoodisaurus species.