Ten years ago, gecko hobbyists communicated with each other primarily through gecko-related forums such as Faunaclassifieds, GeckosUnlimited and GeckoForums.  Ten years ago, Facebook was used exclusively by college students to keep up with their friends.
As we enter 2016, the situation has changed drastically.  The reptile forums listed above still exist, but the number of threads being created or extended has decreased from a hundred in a 24 hour period to less than 25 on average.  In contrast, the more popular Facebook gecko groups can rack up hundreds of responses to a single thread in the course of an evening.  What does that mean for the quality and quantity of gecko related information circulating on the web?  How do the Facebook and forum experiences compare and how are they different?

Joining and Participating in a Forum

In order to join most reptile forums, a person must register.  During the registration process they will be asked to provide a basic profile including information (some of which is optional) such as username, password, age, gender, location and interests.  Most forums are set up with a home page that lists the sub-forums available.  The forum member can scan the sub forums to find out which have been addressed most recently and how many people have read and responded to each thread.  Most forums are moderated.  Moderators insure that posts are put in the correct sub-forum, enforce the forum’s terms of service, and hand out warnings, infractions or termination of membership to those who don’t comply.  In many forums, in order to comment on a business or breeder, the poster, who usually uses a screen name, is required to include his or her real name.  It’s possible to use forum features to find and read all posts by a particular member and to see when that member most recently accessed the forum.  Forum members may communicate with each other via “Private Message” and in some cases by using a chat room feature.

In order to participate in a Facebook group, an individual must have a Facebook account.  Some groups are open to anyone and some are “closed” groups which require a prospective member to send a request to the group to be included.  Some groups are moderated and some are not.  Moderators enforce the rules of the group and may close a thread or ban a member for not following the rules.  Group members post using their Facebook names, which are presumably their real names.  Members may add to an existing thread or start a new thread.  There is no index or organization of threads.  A thread will sink down in the running list unless someone comments or “likes” it, causing it to float to the top of the list again.  Information about members can be discovered by clicking on their names and accessing their Facebook page. There is no information available regarding how many posts they have made to the group and no easy way to access their previous posts.  Facebook members may communicate with each other by using the chat feature or sending messages to each other’s Facebook pages.

In order to get a sense of how Facebook and forum responses compare, I posted the same two threads on two reptile forums (GeckosUnlimited and GeckoForums) and one Facebook group (Leopard Geckos).
My picture of gecko cookies, with the question “What is this?” 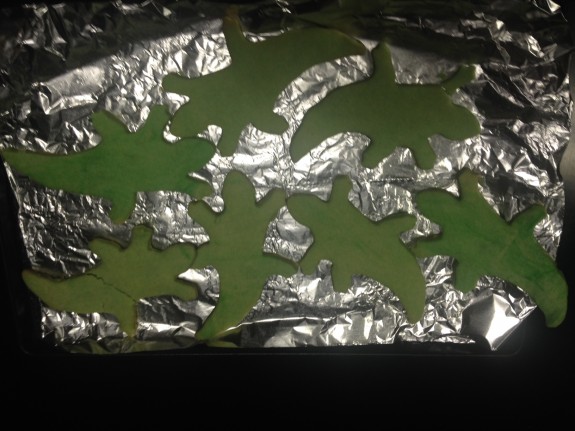 My second post to all 3 groups was a picture of a leopard gecko hatchling with the question “What do you think this will look like when it grows up?” (answer at the end of the article) 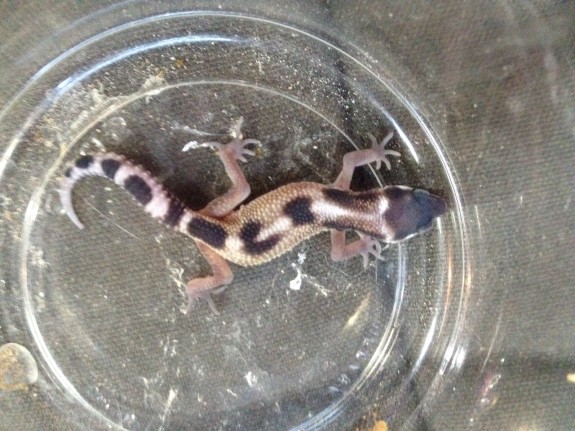 Even though the contrast between the forums and the Facebook group wasn’t as extreme as I had been anticipating, I can draw several conclusions:
♦ For the most part, an active Facebook group will provide more responses in a shorter amount of time than most forums.
♦ Forum posts, when they generate responses, are more likely to accumulate over a longer period of time since they don’t disappear from the screen as rapidly as Facebook threads.

Here’s What I Think, What Do You Think?

I check new posts on 5 forums nearly every evening and generally post about 3-5 comments each time, usually in response to questions.  I no longer read two of the more popular Facebook reptile forums (one for Leopard Gecko keepers and one for Gargoyle Gecko keepers) and rarely post.

The forums allow me to look at a list of thread titles that have had new activity since my last visit and choose which ones I want to read without having to scroll through everything that has already been posted.  If I want to return to a thread that hasn’t had recent activity, I can find it either by using the forum search feature, or scrolling through the thread titles of the appropriate sub-forum.
The Facebook posts require endless scrolling through at least 5 responses for each thread.  Once too much time has passed, the thread is nearly impossible to access unless I want to scroll down forever.
Although there are many thoughtful comments in Facebook groups, the ease of replying and the general Facebook comment culture results in a predominance of throw-away one-liners (for example, in my cookie post above, nearly everyone commented some version of “cookies!”).  If I do end up commenting on a popular thread on Facebook, I get bombarded by others’ comments on the thread.  That gong sound of another comment going up makes me want to do serious damage to the computer after the first 20 or so (at least I don’t get a text message every time a comment comes in).
There are clearly exceptions for each medium, but in general, I find that for a quick fix of attention, Facebook works well, but for a more substantive discussion with users whose experience and track records I can more easily access, I prefer reptile forums.  It’s a shame, in my opinion, that so many people seem to have abandoned the somewhat slower but more reliable reptile forums for the Facebook instant gratification.

We would love to hear from readers about their reactions to gecko forums vs. gecko Facebook groups:

Which do you prefer, or do they complement each other?
Has Facebook decimated the forum and is that a good or a bad thing?
How do you see things evolving within the next 5 years?
What else is on your mind about Facebook vs. forums?

Just submit a comment and let’s get the dialogue going!

Back to Top
Close