It all started in 2013 when I was frantically looking for a nice tangerine male to improve my tangerine line. Despite knowing a lot of world renowned breeders I hadn’t found what I was looking for and my dearest friend and partner Lydie Verger –Didiegecko Aft, kindly offered me one of her hatchlings, a really nice looking Mandarin Tangerine male named Noir Désir (“Black Desire” in French). This male hatched out of a superb looking Mandarin Tangerine pairing with practically full Carrot Tails. It was very obvious that this male, Noir Désir, had the same qualities as its parents but a different, much darker overall look.

The most intriguing for sure were his eyes. They were totally black and the eye expression seemed different than usual.

As the gecko hadn’t been expressing any characteristic phenotype of Eclipse genetics other than the black eyes, I spoke to Didie and told her that we might have something new on our hands. We decided to test breed it with a RAPTOR female to make sure, first of all, that it was not Eclipse, and second, that it was het free of Tremper Albino. A year later the test with the RAPTOR female proved negative: all the offspring produced were Normal –Tangerines, neither showing visible signs of Eclipse nor Tremper traits. It all suggested that the Noir Désir eye trait should be a simple recessive gene but we  had to wait yet one more year to see what would result from pairing the Noir Désir male with F1 generation offspring. At the time it came to my attention that the eyes of the male had changed and the black had diffused so they were no longer all black.

This kind of eye coloration in Leopard Geckos was somewhat similar to the Marble Eyes trait which raised some questions as to whether it could actually be the Marble Eyes. It seemed at that point that we needed to do one more test pairing (Noir Désir eyes x Marble Eyes) which we carried out later (see below).

The male was mainly used for breeding with other Mandarin Tangerines and some other well known tangerine lines that I had in the setups as well with some of our best Tangerine Bell Albinos.

With each shed they were getting darker and also the tangerine coloration was improving significantly and becoming very dark orange. Much of this is due to impressive Mandarin Tangerine genetics but also proving that Noir Désir genetics is interacting with melanism in Leopard Geckos.

The easiest way to recognize MTNDBE babies was when they appeared darker than the clutch mate and when they had their typical semi-closed eye expression. With the development of the babies we have realized that eyes could vary greatly in the amount of black from being full black, diffused black and also what we call “MTND Moon Eyes”.

The eyes have yet again changed with the development, which is visible from the following photo of the gecko: 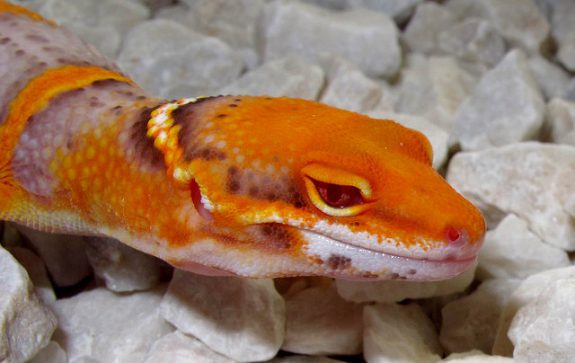 The following photo shows its eyes at the adult stage: 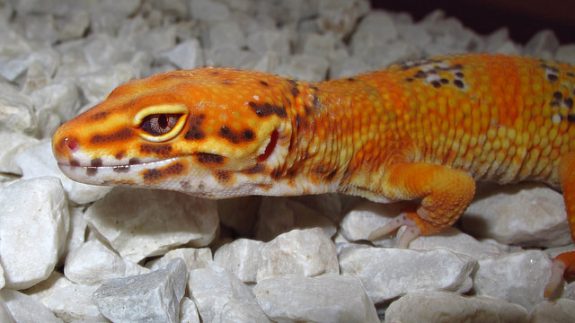 The 2016 season started well with hatchings of two Mandarin Tangerine Noir Désir Bells out of the pairings MT Bell ND x MT Bells poss hets ND, proving both breeding females to be het for the Noir Désir trait. One of the offspring was the first to show the “Moon Eye” variation with Bell Albinos: 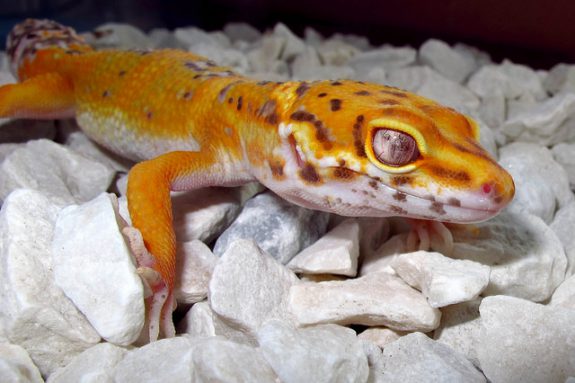 It was noticed as well that nearly every Noir Désir eye looks different and could evolve and change its look, which makes it so special and interesting. Here is one more photo of a variation of the “Moon Eye” with Bell Albino 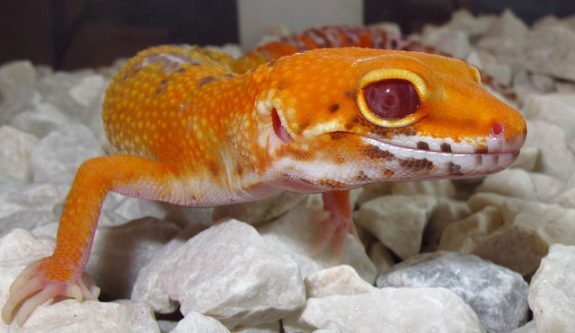 It was noticed that MTND baby’s eyes vary in sensitivity to bright light and that this could change as the gecko matures and becomes less sensitive to the bright light at the adult stage. Further observation of all MTND geckos showed that some hatched with each eye looking different, for example one “Moon Eye” and the other “Classic” MTND look. 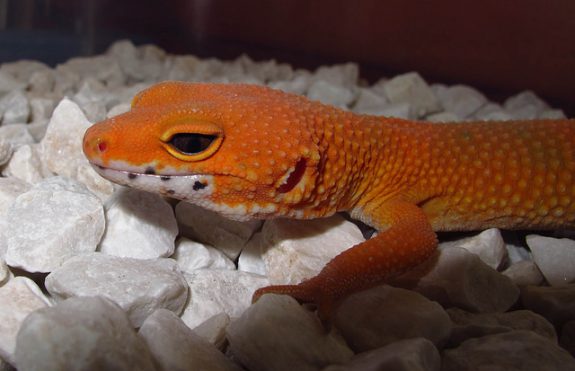 On June 1, 2016 we hatched the first MTNDBE out of the pairing of two MTNDBE parents. Perhaps nothing out of the ordinary, but one more confirmation for us of the stability of the MTNDBE gene, and also the day when we decided to make the official announcement of Noir Désir as a new recessive trait and morph with the Leopard Geckos. 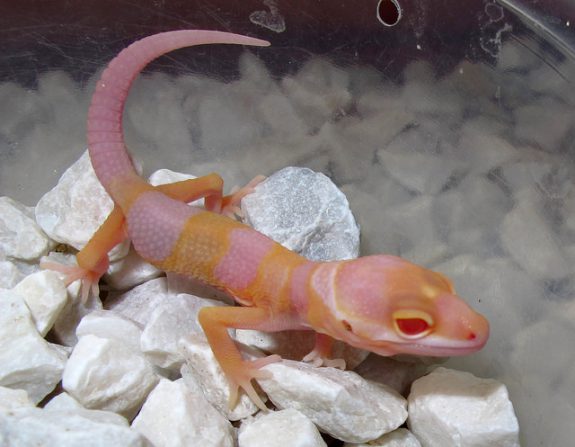 Its eyes pretty much resembled to the ones of the MTND Bell Albino and the development of the gecko was very similar, as well. 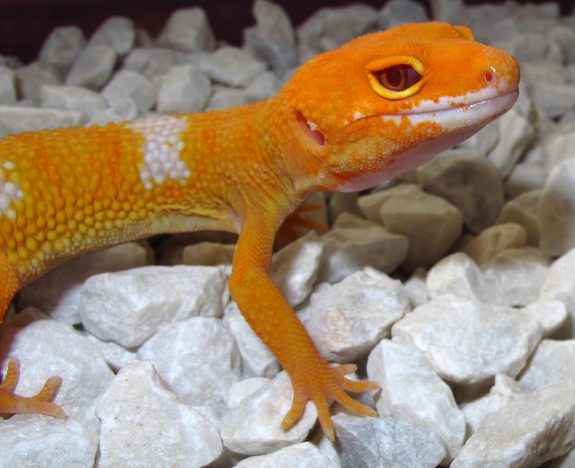 So far we haven’t seen the “Moon Eye” variation of MTDN Tremper but for sure it is yet to come.

Some of our friends and clients are already working on some interesting projects with Noir Désir genetics and we are positive that we’ll soon hear about some exciting new morph combos in the Leopard Gecko world!

From a young age Fran Lhotka always had a great love for animals and has been breeding Leopard Geckos and African Fat Tail Geckos since 2010. He bought a first gecko for his son and daughter but it seemed that he was more intrigued with it than his kids. Through life he’s always had a passion to professionally work with things that he loves the most or are his hobby, like managing special computer parts for enthusiasts and radio control toys. Since 2013 he decided to work professionally with breeding high quality geckos and since then he is the owner and operator of CoolLizard.com.
please link to our Facebook page https://www.facebook.com/CoolLizardcom-135490573216501/